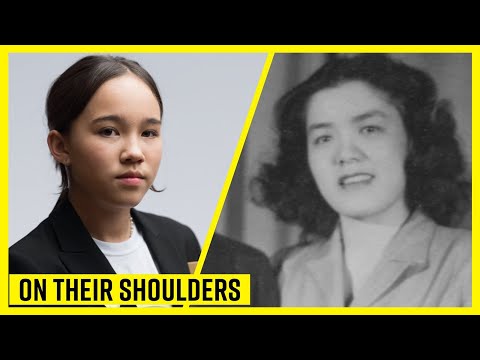 The Lasting Legacy of Grace Lee Boggs in the AAPI Movement

‘We are the leaders we’ve been looking for’ — The late Grace Lee Boggs was a fierce advocate for communities of color, and she continues to inspire a new generation of young activists to be a force for change.

“We are the leaders we’ve been looking for.” — The late Grace Lee Boggs was a fierce advocate for communities of color, and she continues to inspire a new generation of young activists to be a force for change.

Grace Lee Boggs: “I am not sure why I am who I am. I think it has something to do with the fact that I was born female and born Chinese.”

Grace Lee Boggs: “Let me make a challenge for you, okay? How are we going to create a new vision for the country?”

Mina Fedor: “She worked on creating a better community and world for over 70 years. ”

Grace Lee Boggs: “I think we have to get to that point that we are the leaders we’ve been looking for.”

Mina Fedor: “There’s a big stereotype that AAPI will be very soft-spoken and they won't, ask for help or they won’t try to make change or anything.”

Mina Fedor is a 13-year-old feminist and advocate for the AAPI community.

Mina Fedor: “I wanted to combat that and see others who had combated that in the past. And she came up almost immediately.”

Grace Lee Boggs was a feminist, philosopher, and writer who advocated for women, housing rights, the black power movement, and the AAPI movement.

Mina Fedor: “Generally you see people fighting about things that might affect them, but it’s really inspiring to see someone fighting for another community, who might not have, the same rights as them.”

Grace Lee Boggs: “One of the difficulties when you’re coming out of oppression and out of a bitter past, is that you get a concept of the Messiah, and you expect too much from your leaders. And I think we have to get to that point that we are the leaders we’ve been looking for.”

In 2021, Fedor organized a rally to end violence against Asian Americans.

Mina Fedor: “I had heard about certain events in the news, um, and different attacks against AAPI elders.”

Mina Fedor: “My family member was coughed at just walking down the street. And that was really personal to me, it was just a few houses down from my own. So it was very sort of, like, ‘Oh, this is gonna happen to my community members too. And this will happen to my family if I don't do something about it.’”

Following the success of the rally she organized, Fedor founded AAPI Youth Rising, a community of young people combating racism.

Mina Fedor: “We definitely took away that youth could definitely have a big impact on the world.”

Grace Lee Boggs: “Let me make a challenge for you, okay? With people of color becoming the new American majority in many parts of the country, how are we going to create a new vision for the country?”

Grace Lee Boggs: “When they see themselves making a difference, they also become different. That has to be a part, an integral part, of the process of revolution.”

Boggs’ message also inspired Fedor to advocate for changes within her school community.

Mina Fedor: “There's sometimes a mentality brought across by, either, the American people or historically the American government that the AAPI will always be a foreign group in America, which is definitely not good for anyone, especially youth. That mentality and that mindset can be perpetuated by not hearing about AAPI within history.”

In 2021, AAPI Youth Rising and other student-led organizations joined in the effort to pass A.B. 101, which would mandate that high school students in CA complete an ethnic studies course in order to graduate.

Mina Fedor: “Ethnic studies is really important because although it has now become a very politicized issue, it really just means that everyone’s histories are represented and all of America’s events, good or bad, are all represented. Because if you don't learn your history, then you are doomed to repeat said history. So that probably means a few bad things in there that I don't think we want to happen again. A lot of people are like, don't question America. That's not, that's not patriotism. That is brainwashing. I am so sorry, but you need to question anything in any facet of your life. Cause if you don't, then you will accept horrible truths about the world that aren’t true, or that they're really bad. So keep questioning. And I really like the mentality that she had.”

Grace Lee Boggs: “How are we going to create a new vision for the country?”

On Their Shoulders examines the history of movements from the perspective of today’s young changemakers to the stories of those who organized and fought before them.Watch more episodes of On Their Shoulders.