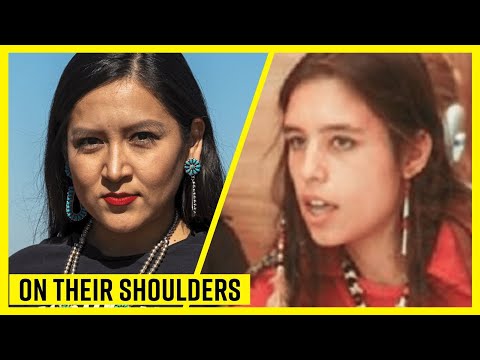 Meet Winona LaDuke, the Indigenous Activist Inspiring the Next Generation

At just 18 years old LaDuke testified before the United Nations about the exploitation of Native lands. After graduating from Harvard, LaDuke moved to the White Earth reservation and became involved in the Anishinaabeg fight to recover lands promised by an 1867 Federal treaty.

When the lawsuit was dismissed, young Winona became even more motivated to fight back, founding the White Earth Land Recovery Project, which aims to recover indigenous land. She also and founding the Indigenous Women’s Network in 1985.

Now in her 60’s, Winona has never stopped fighting. Most recently she was arrested while protesting the construction of a Pipeline 3in Northern Minnesota.

Watch more episodes of 'On Their Shoulders'