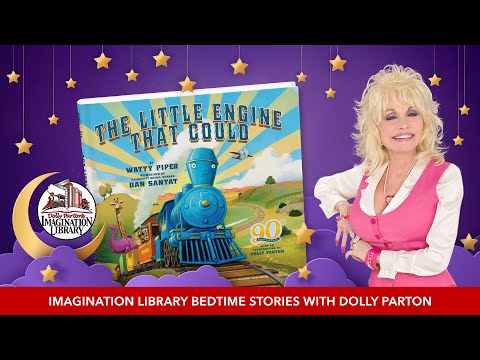 Parton is reading and recording bedtime stories and posting them on YouTube in a wholesome new series called “Goodnight With Dolly.”

We wouldn’t blame you if nighttime is rough right now, whether it’s because of panic-scrolling through headlines, vivid dreams, or reflections on your virtual date. For parents, many of whom are suddenly home-schooling, time spent with kids during the day has blended into their usual after-work hours together.

Why not introduce Dolly Parton’s sweet voice into your nocturnal non-bliss?

The legendary Parton, considered a global icon by many, wants to make evenings a bit more gentle and calm. The wholesome new series “Goodnight With Dolly” features Parton reading and recording bedtime stories in videos posted across social media, billed as a “welcomed distraction during a time of unrest,” according to Parton’s Imagination Library website. The first episode, published Thursday, is a 10-minute reading of “The Little Engine That Could.”

The selections are drawn from Imagination Library, which is a program from Parton that connects kids with free books by mail. The program’s contributions of 100 million books have even earned Parton recognition from the Library of Congress. According to NPR, a documentary film about the program is due to come out in September.

“This is something I have been wanting to do for quite a while, but the timing never felt quite right,” she said in a statement about the new series. “I think it is pretty clear that now is the time to share a story and to share some love.”

The series will run for 9 more episodes and will stream on Facebook every Thursday at 7 p.m. ET across the Imagination Library, Dolly Parton, and Dollywood channels, according to the program’s website.