This Teacher’s Music Video About Kindergarten Is Heartwarming

"Welcome to kindergarten, where we can learn and play. Get ready for all of the fun we'll have today."

Many children struggle to adjust to a new school year. Chicago educator Dwayne Reed is working to calm young students’ nerves through song.

Reed first gained notoriety with his song “Welcome to the 4th Grade,” which was released in 2016 — the same year Reed started teaching. The following year, Reed released “The Morning Song,” which went viral on YouTube with over 60 million views.

Now, he’s turning his attention to younger kids with his newest song, “Welcome to Kindergarten.”

“Welcome to kindergarten, where we can learn and play. Get ready for all of the fun we'll have today,” Reed sings in the music video, which came out in August. 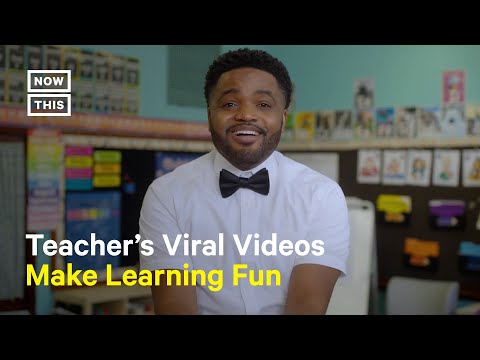 Reed explained the song is meant to relieve some of the anxieties about starting school and to reassure students that their teachers are there to help. He said kids are “elated” and “excited” when they watch his videos.

“I want kids to get excited about their learning and that's been the result. So that's a win for me,” Reed said.

Even if singing and rapping in a music video is not a teacher’s style, Reed encouraged other educators to find their own unique way to connect and inspire their students.

“Don't try to be someone else because what you're doing when you're being yourself is you're modeling for your kids that it's okay to be themselves. And that's what we want: a world of variance — a world of difference.”