The South Carolina senator’s announcement had been expected after he criticized Jackson during her four days of hearings last week. But it gives Democrats one less Republican vote as they seek bipartisan backing for President Joe Biden’s pick to replace retiring Justice Stephen Breyer.

Graham, Sen. Susan Collins of Maine and Sen. Lisa Murkowski of Alaska were the only three Republicans to vote to confirm Jackson on the appeals court in 2021. Collins announced Wednesday that she’ll vote for Jackson’s Supreme Court nomination, as well, giving Democrats at least one GOP vote. Murkowski has said she’s still undecided.

A final confirmation vote is expected next week. Jackson would be the first Black woman on the high court in its more than 200-year history, and the sixth woman.

In a speech on the Senate floor, Graham said his decision is based partly on what he sees as a “flawed sentencing methodology regarding child pornography cases,” echoing a line of questioning by some Republicans on the Senate Judiciary Committee last week. Several senators, some eyeing a run for president, repeatedly asked her about her sentencing decisions in her nine years as a federal judge in an effort to paint her as too lenient on sex criminals.

Jackson told the committee that “nothing could be further from the truth” and explained her sentencing decisions in detail. She said some of the cases have given her nightmares and were “among the worst that I have seen.”

Democrats pointed to testimony last week by the chair of the American Bar Association committee that makes recommendations on federal judges. Ann Claire Williams, the head of that ABA panel, said the idea that Jackson is out of the mainstream on sentencing “never came up” in a review of more than 250 judges and lawyers. The review found Jackson and her record to be “outstanding, excellent, superior, superb,” Williams said.

Graham also mentioned Jackson’s her legal advocacy on behalf of terror suspects held at Guantanamo Bay more than a decade ago and her support from liberal groups. "After a thorough review of Judge Jackson’s record and information gained at the hearing from an evasive witness, I now know why Judge Jackson was the favorite of the radical left,” Graham said.

At the hearing, Graham also aired past grievances, asking Jackson about her religion and how often she goes to church — heated comments that he said were fair game after some Democratic questions about Justice Amy Coney Barrett’s Catholicism ahead of her confirmation hearings in 2020.

Graham's “no” vote will be the first time he has voted against a Supreme Court nominee. He voted for President Barack Obama’s two picks, Justices Sonia Sotomayor and Elena Kagan, and has often said that he believes a president’s nominees should win confirmation no matter the party. But he has become increasingly angry about the process in recent years, especially as Democrats enthusiastically opposed then-President Donald Trump’s three nominees. Graham has also expressed frustration that Biden didn’t pick the South Carolina judge he was pushing for the job.

“To my Democratic colleagues, I’ll work with you when I can, but this is a bridge too far,” Graham said.

Collins said Wednesday that she believes Jackson “possesses the experience, qualifications and integrity to serve as an associate justice on the Supreme Court.” She was the most likely Republican to support Jackson, and she also a history of voting for Supreme Court nominees picked by presidents of both parties.

It is unclear if any other GOP senators will vote for Jackson. Senate Republican Leader Mitch McConnell set the tone last week when he said he “cannot and will not” support her, citing the GOP concerns raised in the hearing about her sentencing record and her support from liberal advocacy groups.

Jackson is still making the rounds in the Senate ahead of next week’s votes, doing customary meetings with Democratic and Republican senators. On Tuesday she met with Utah Sen. Mitt Romney, who said afterward that he was undecided about supporting her.

Romney said he had an “excellent meeting” and found Jackson to be intelligent, capable and charming. He said he probably won’t decide whether to vote for her until the day of the vote.

It is expected that all 50 Democrats will support her, though one notable moderate Democrat, Arizona Sen. Kyrsten Sinema, hasn’t yet said how she will vote. 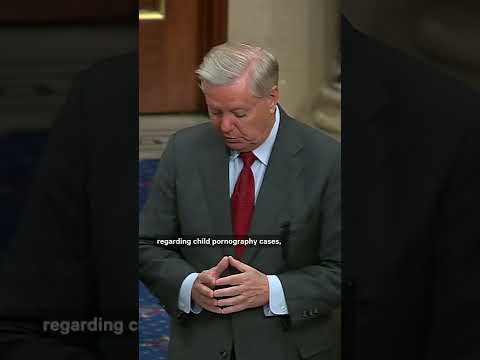