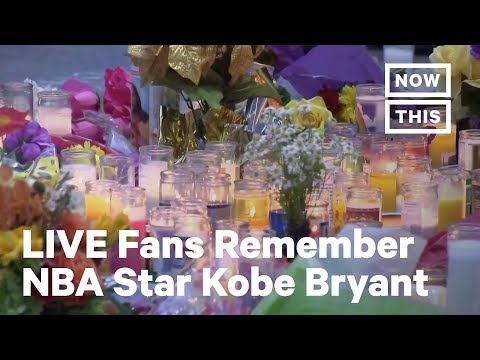 The 41-year-old basketball legend was among nine killed in the crash. This story is developing.

The Los Angeles County Sheriff’s Office confirmed that a helicopter had crashed near Calabasas. The New York Times and other media outlets reported that the NBA has emailed league staff confirming the deaths of Bryant and his 13-year-old daughter Gianna. They were reportedly traveling via helicopter to attend a basketball game where Gianna was playing and father Kobe was coaching, according to sports reporters who tweeted on Sunday. During a news conference Sunday afternoon, sheriff's officials said there were nine people on board, including one pilot and eight passengers. None survived.

The National Transportation Safety Board (NTSB) has since stated that the helicopter crashed into a Calabasas, California, hillside with a "high energy impact." Federal investigators also said at a press conference that the aircraft did not have a Terrain Awareness and Warning System (TAWS), which alerts pilots if they near the ground and can be a useful in bad weather or mountainous terrain. Investigators said that the crash occurred about 1,085 feet above sea level, missing the top of the hill by 20 to 30 feet, and that determining what caused the crash will take months.

Bryant played 20 seasons for the Los Angeles Lakers between 1996 and 2016. News of the crash was first reported by TMZ Sports.

The City of Calabasas tweeted confirmation that the helicopter went down in a field around 10 a.m. PST Sunday morning.

The LA County Sheriff’s Department shared images of smoke from the downed helicopter in Calabasas.

Bryant often travelled by helicopter. Before he retired from the NBA, he told GQ in 2010 he would take a private helicopter from his Orange County home to every home game he played at the Staples Center in Los Angeles.

This is a developing story.