Charlie Sprinkman developed “Everywhere is Queer” to replicate the space he found at a queer leadership camp in Los Angeles in the summer of 2021. 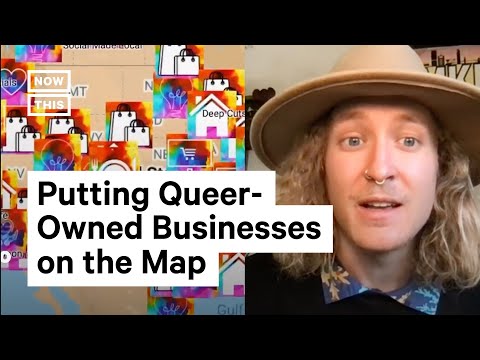 25-year-old Charlie Sprinkman developed his LLC,“Everywhere is Queer,” with the idea of replicating the space he found at a queer leadership camp in Los Angeles in the summer of 2021.

“I was like, ‘How do I create this space?’ Maybe not as grand as a camp, but like a space where people can feel this energy and not be judged for who they are,” Sprinkman, who identifies as queer, told NBC.

“Everywhere is Queer” comprises a website featuring a worldwide interactive map showcasing LGBTQ+ businesses, along with an accompanying Instagam page that highlights some of them.

Though most of the more than 500 businesses listed on “Everywhere is Queer” are based in the United States, Sprinkman said there are also some in Germany, Spain, South Africa, the United Kingdom, Costa Rica and Mexico.