The stunning video, created by magazine Girls. Girls. Girls., spotlights the impossible standards women are expected to live up to.

Being “a lady” has historically entailed living up to a set of impossible, and oftentimes contradictory, standards—many of which weren’t even created by women. Having our bodies, clothing, and lifestyles policed by the public and the media is commonplace—but fortunately there are women out there who are constantly challenging that contradictory culture.

Girls. Girls. Girls. Magazine highlights the many harmful rules women are asked to follow in a new provocative video starring Cynthia Nixon. In the video, Nixon recites an adaptation of a 2017 essay by Camille Rainville called “Be a Lady They Said.”

Watch the stunning, NSFW video below: 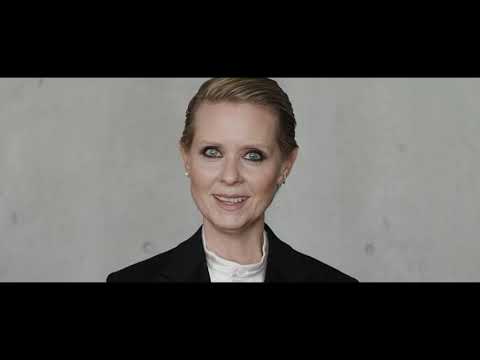 “Your skirt is too short. Your shirt is too low. Don’t show so much skin. Cover up. Leave something to the imagination. Don’t be a temptress. Men can’t control themselves. Men have needs,” Nixon says in the video. “Look sexy. Look hot. Don’t be so provocative. You’re asking for it. Wear black. Wear heels. You’re too dressed up. You’re too dressed down. You look like you've let yourself go.”

As Nixon recites the lengthy list of conflicting rules in society about how women should look, dress, and act, the video cuts to images and clips of rebellious women acting out and defying gender stereotypes.

Woven into the empowering imagery are allusions to issues women constantly face because of these unfair standards, like eating disorders, orsexual assault. Along with Nixon —who notably took on incumbent governor Andrew Cuomo in a 2018 New York election — the video features #MeToo activist Rose McGowan and actor Rachel McAdams, who was featured in Girls.Girls. Girls. Magazine’s second issue last year, wearing breast pumps with a fashionable Versace ensemble.

Claire Rothstein, a British photographer and the publisher of the magazine, said that shooting McAdams and McGowan for the second issue organically empowered her and husband Paul McLean, who directed the video with Nixon, to take a more political stance.

“It sort of set the tone for us to be a bit more political,” Rothstein told The Guardian. “We’re not huge activists, although Paul and I are both feminists. But the message for us is always about female empowerment, however you want that to be.”