The Biden campaign’s legal adviser, Bob Bauer, calmly dissected and dismantled the Trump team’s many legal attempts to overturn the legitimate results of the election in a press conference Friday morning — but he did not mince words, calling the “fraudulent” scheme “absolutely appalling” and “pathetic.”

After recounting how many cases the Trump campaign and its allies have lost — 13 alone in Pennsylvania, and 31 across the nation as of Friday morning — Bauer said the efforts have led to a “complete ignominious collapse.” That all came to a head in a press conference held by Trump’s personal lawyer Rudy Giuliani on Thursday, in which the former New York City mayor was visibly sweating his way through a barrage of false claims.

Bauer then addressed the two remaining ways the president is trying to subvert the election:
1) By convincing state legislatures with Republican majorities to overturn the will of the people and choose                   Trump electors, rather than electors based on the popular vote results and;
2) By interfering with or delaying the certification of vote counts in states, as seen this week in the Wayne                     County, Michigan drama.

Bauer, who is an attorney and served as White House Counsel under President Barack Obama, pointed out that under federal law, electors (members of the electoral college) are selected November 3, the final day of voting in the 2020 election. “The system in place on November 3 was that the popular vote governs the slate...they cannot, after the fact, turn around and change those rules retroactively,” he said. If state legislators attempted to ignore the federal statute, Bauer said they would then be in violation of constitutional law: the right to vote and the right to due process, which is “presumably why Republican legislative leaders in Michigan and Pennsylvania have said they’re not going to do that.”

Earlier this week, the Wayne County Board of Canvassers met to certify the vote for their county in Michigan, which includes the Black-majority population of Detroit — who overwhelmingly voted for President-elect Joe Biden. The two Democrats on the board voted to certify why the two Republicans opposed it. One of the Republicans, Monica Palmer, said, “I would be open to a motion to certify communities other than the city of Detroit,” without offering a valid legal explanation for why. (In a blistering response, Michigan caller Ned Staebler said, “Probably, I know, Monica, you think Q told you to do this or some other crazy stuff,” referring to the QAnon conspiracy theory that is increasingly widespread among Trump supporters.)

After being inundated with many outraged calls from members of the public who accused them of targeted, racist voter suppression, the Republicans changed their mind and moved to certify the votes after all, before changing their mind the next day (when it was too late). President Trump even called Palmer himself as the pressure campaign grew. But it didn’t work, so Trump reverted to the first option that Bauer outlined, inviting Republican Michigan state lawmakers to meet with him in Washington, D.C., ostensibly to make his case for subverting the electoral process.

Bauer noted Friday that the lawmakers with whom Trump is meeting are also on the record as saying they will abide by the existing legal process for selecting electors, which is to follow the popular vote. Biden won Michigan by more than 150,000 votes, a much larger margin than Trump won it by in 2016.

“Not possible, not legal, not constitutional, cannot happen,” Bauer summarized.

More Trump attempts to delay certification of votes in other states, not just Michigan

All 50 states have enforceable deadlines by which the vote counts need to be certified — and they all fall before December 14, when electors meet to cast their votes in D.C. The certification process is ongoing: on Thursday night, Georgia election officials announced that the state had finished its recount and affirmed, once again, that Biden won the state. They expect to officially certify the vote by 5 pm ET Friday. (It’s worth noting that the Georgia Secretary of State is a Republican who has been pushing back against Trump’s undemocratic actions. He said Friday, “Like other Republicans, I’m disappointed our candidate didn’t win Georgia’s electoral votes,” and “I live by the motto that numbers don’t lie.”)

The legal adviser emphasized that “on the one hand, this is really very harmful to the democratic process and it naturally troubles people a great deal. On the other hand, it’s doomed to failure.”

Bauer added: “There’s nothing that I can imagine that is more beneath the president of the United States than to be haranguing officials, local officials in the case of Wayne County in Michigan, state level officials in this case, to try to at least give people the impression that there is a possibility that he will still win the election.”

Regarding the specific targeting of Detroit and other areas where Black voters turned out decisively, Bauer said “the targeting of the African American community is not subtle. It is extraordinary.”

“It’s quite remarkable how brazen that is, and yes, it’s very, very disturbing,” he continued. And from a legal point of view, because the baseless, racist attempts are so obvious, “it frames their effort in such a way that they’re just dooming themselves,” Bauer said. 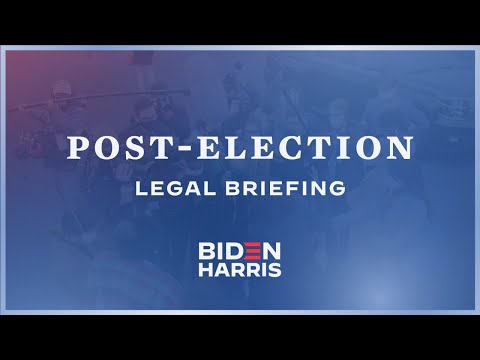 Most alarming is the fact that top Republican officials are lending support to Trump’s completely unfounded, baseless claims that he actually won the election. The damage will outlast Trump's presidency.