Pete Davidson Opens Up About Depression & Rehab in New Interview

The comedian and actor spoke candidly about living with mental illness and taking the necessary steps to cope. 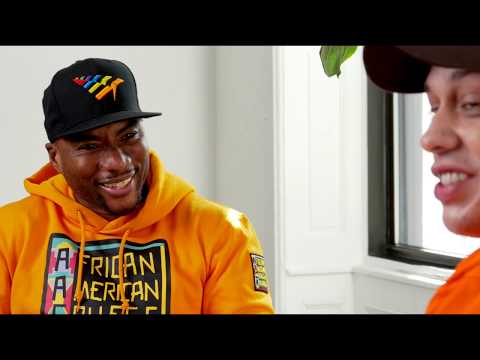 In a recent interview, Pete Davidson sat down with Charlamagne Tha God and opened up about his time in rehab, his struggle with mental illness, and being in the public eye throughout it all.

The 26-year-old comedian and actor’s new interview was posted to YouTube on Monday, just one day before his new comedy special, “Alive from New York” dropped on Netflix.

Davidson, who has been open in the past about living with a mental illness, as well as PTSD, talked to Charlamagne about his history with cutting. After talking about his recent stay in rehab, the Saturday Night Live star said that treatment has helped him find other coping mechanisms to stop cutting, and that he still goes from time to time to “readjust.” He went on to talk about the misconceptions of rehab and how it’s not always for substance abuse issues.

“I don’t think going to rehab is that big of deal, I think it’s a strong, powerful thing, and some of the most beautiful, cool people you’ll ever meet are there,” he said. “Some people are sad. Some people have to work and figure their stuff out.”

Davidson’s upcoming stand-up special touches on having to go to rehab and how comedy has helped him get through it.

“It’s really sad and depressing to go to rehab but like, if you can get a little crackle or a little joke out of it, it’s less painful.”

He also talked about how being a public figure has affected his mental health and said it’s the reason he doesn’t have any social media. Davidson became a target after his very public engagement and subsequent break-up with Ariana Grande in 2018.

“I’m much more insecure, much more unsure of myself than I’ve ever been, and yeah, I’m just like, embarrassed,” he said of the public scrutiny.

Though depression still constantly affects him, Davidson said that therapy has helped him.

“I wake up depressed, but I’m like, ‘okay, now I know my steps.’ You learn like, ‘now I have to go outside and be in the sun for a little bit,’ or go for a walk, or start the day this way,” he said. “It’s all just programming yourself to trick your brain.”

He also lives with Crohn’s disease and spoke about how his diagnosis at 16-years-old caused him to be “pretty bedridden” for two or three years. Now, he said he gets regular treatments that help him get by.

Davidson mentioned other comedians and people in the industry who have helped him through his career and personal life, like John Mulaney, Adam Sandler, and Bill Burr. He also credits therapy as a means to help with mental illness, and says he’s all for raising awareness.

“I’m definitely working on trying to love myself more and be less insecure,” he said. “I’m doing a lot of DBT therapy, which is dialectical behavior… It’s pretty much for people who have mental illness and it teaches you steps and ways to combat, like, depressive feelings… It’s super helpful.”

If you or someone you know needs help, call the Substance Abuse and Mental Health Services Administration’s helpline at 1-800-662-HELP (4357).