The man accused of killing 22 people and injuring at least 23 others at an El Paso, Texas Walmart was indicted Thursday on 90 federal charges, the U.S. Department of Justice announced.

The federal charges against Patrick Crusius, 21, came six months after a tragic mass shooting at a Walmart in Texas, which was the deadliest attack on Latinos in modern U.S. history. The indictment against the suspected shooter, of Allen, Texas, alleges that he attacked the victims “because of the actual and perceived national origin,” which violates federal hate crime laws. 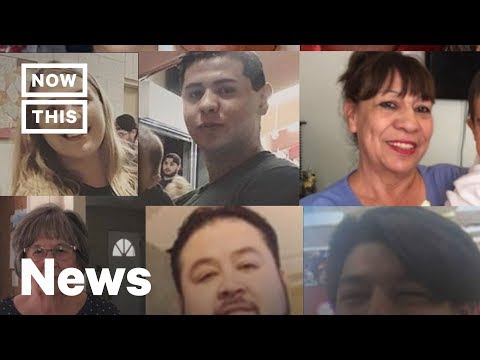 The suspected shooter was charged with 22 counts of hate crimes resulting in death, for each person who died; 23 counts involving an attempt to kill; and 45 counts of discharging a firearm. If convicted, he could face the death penalty or life in prison.

According to the statement, the suspected shooter posted a document online before the attack titled “The Inconvenient Truth,” in which wrote about a “Hispanic invasion of Texas.”

El Paso County District Attorney Jaime Esparza said in a statement to the Dallas Morning News that his office supports the federal indictment.

“The District Attorney’s Office will continue to work hard to ensure that justice is done and that the shooter is held accountable by our community,” Esparza said. “The office will fully cooperate with the U.S. Attorney’s Office in the prosecution of the federal charges to be announced today.”

In October 2019, the suspected shooter pleaded not guilty to state charges, although reportshave said he allegedly confessed to police after the attack. He is expected to appear in court Wednesday to face the federal charges.