WATCH: 22-Year-Old Diver Rescued After Being Pulled Out to Sea by Strong Current 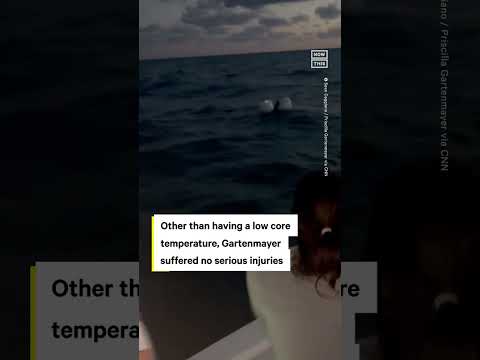 A 22-year-old diver was rescued by his family after being pulled out to sea by a strong current in waters off the coast of Key West, FL, on January 19.

Dylan Gartenmayer survived at sea for approx 3 hours by floating on two buoys tied together. Dylan’s cousin, Priscilla, told Storyful that his family drove their boat to a reef in the area, guessing correctly that Dylan would attempt to swim toward it.

Dramatic footage of Gartenmayer’s family spotting and rescuing him in the waters was shared to TikTok, where it has received 4.1M+ views as of January 23.

“The joy we felt in that moment is indescribable,” says Priscilla. “Shortly after, the Coast Guard came and picked him up to check his vitals. His core temperature was slightly low, but besides that he was perfectly fine.”