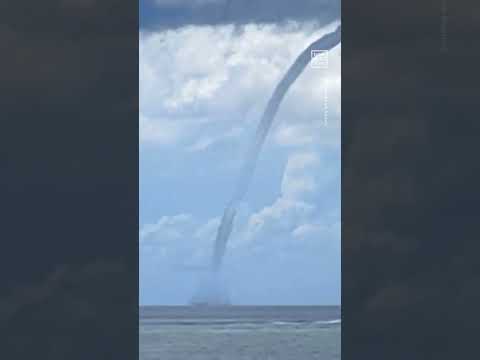 A gigantic waterspout formed off Bohol, Philippines, on Nov 27 — sending one tourist boat scrambling to get away. Onlooker Dhodz Baratas, who captured footage of the cylindrical storm, says the waterspout eventually dissipated without incident.

“It was so big but it was also gone soon,” he said. “We were a bit alarmed in case it would move towards the shore.”