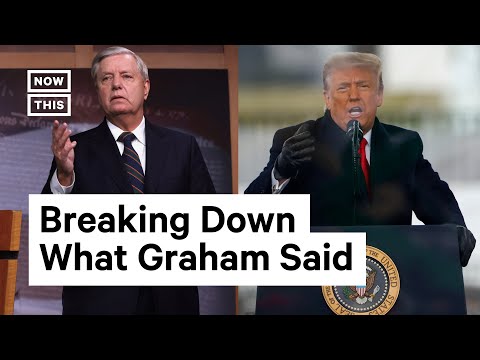 Sen. Lindsey Graham was recorded criticizing President Trump on tape, days after the Jan 6, 2021, attack on the U.S. Capitol. Audio of Graham’s remarks was broadcast on CNN’s “Anderson Cooper 360” on Tuesday night during an interview with NYT authors Alex Burns and Jonathan Martin, the latter of whom captured the conversation.

Graham’s remarks, in which he criticizes Trump for his rhetoric at the D.C. “Stop the Steal” rally immediately prior to the Capitol riot, are similar in nature to leaked recordings of House Minority Leader Kevin McCarthy that were taken around the same time. In both cases, these prominent Republicans felt comfortable strongly criticizing Trump for his role in January 6’s events in private—only to maintain support for the former president publicly.