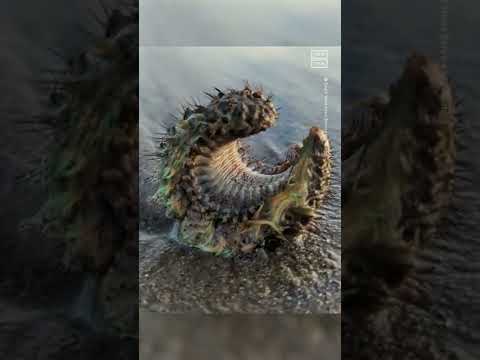 This creature is not an alien, or a lizard, or a cactus — it’s a type of ocean worm called an aphrodita, more commonly known by its nickname, the “sea mouse.”

This one washed ashore on a beach in Scotland, where it was filmed by a resident Mike Arnott.

“I saw this fluorescent green thing with weird needles; I had no idea what it was. The bright green and gold colors drew me straight to it,” Arnott told SWNS.