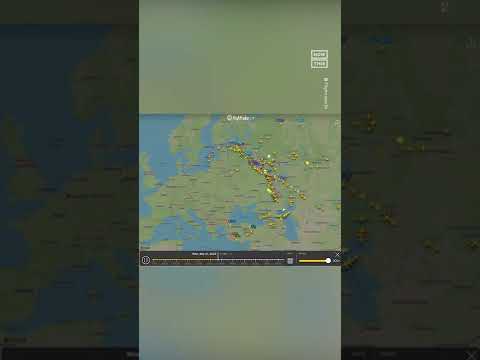 Flight tracking data from FlightRadar24 on Wednesday shows the deluge of outgoing flights from Russia, the same day that President Vladimir Putin announced he would be mobilizing 300,000 reservists to aid in the country’s floundering invasion of Ukraine.

According to several sources, flights out of Russia sold out quickly following the news, with some one-way, economy-class tickets even reaching as high as $9,000+. Since most European countries have levied sanctions and flight embargoes against Russia, everyday Russians have little options for international flights, with Belgrade, Istanbul, and Dubai being among the few destinations available.

In addition to sparking a travel panic, Putin’s announcement was also met with nationwide anti-war protests in 30+ major cities.