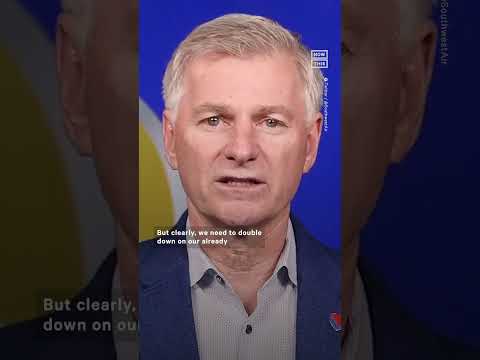 Southwest CEO Bob Jordan issued a video apology to the thousands of travelers who have been impacted by the airline's widespread flight cancellations in recent days.

An estimated 60-70% of Southwest's entire flight load was canceled on Monday, Tuesday, and Wednesday of this week, due to a combination of extreme weather in much of the country and other factors.