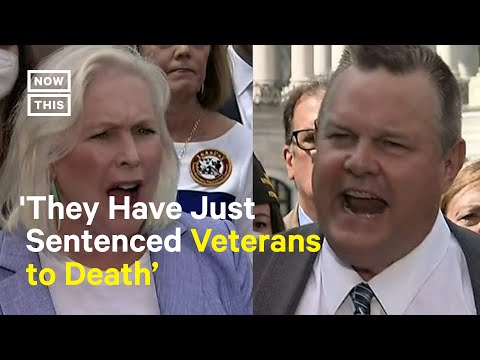 “They have just sentenced veterans to death” — Democratic senators ripped into their Republican colleagues for stalling legislation that would extend health care benefits to veterans who had been exposed to burn pits. The PACT Act initially passed with strong bipartisan support, 84-14, earlier this month. But when the bill came to a new procedural vote on Wednesday, more than two dozen Republican senators changed their votes. The timing of those GOP senators’ flip-flop raised eyebrows, given that it came shortly after Senate Democrats had announced a deal on a $739B climate, tax, & health care reconciliation bill.