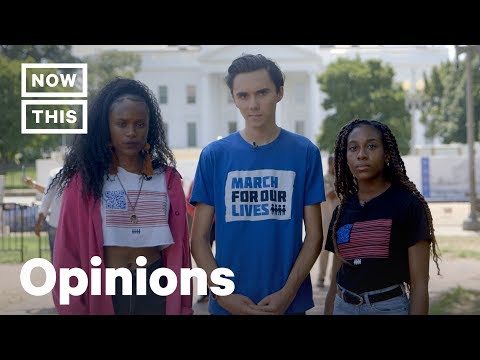 What Has Happened In The Two Years Since The Parkland Shooting

It’s been two years since the shooting at Marjory Stoneman Douglas High School that left 17 dead and over a dozen others injured.

Today marks the second anniversary of the Parkland shooting, that left 17 people dead at Marjory Stoneman Douglas High School and inspired massive walkouts and protests across the country.

On February 14, 2018, 19-year-old former student Nikolas Cruz entered the highschool with an AR-15 rifle and opened fire at students and teachers, killing 17 people and injuring more than a dozen others.

Since the shooting, Parkland student survivors and their families have fought for stricter gun reform, both federally and in their home state of Florida. Many of the students have become recognizable activists against gun violence, including Emma Gonzalez, Jaclyn Corin and David Hogg.

After forming Never Again MSD, student activists led a demonstration in Washington DC called March of Our Lives in March 2018, advocating for universal background checks on all gun sales and for raising the federal age of gun ownership and possession to 21. After that national demonstration, other student activists rose to prominence including Naomi Wadler, who has spoken about the importance of including Black girls in the conversation about gun reform.

Many parents who lost children in the school shooting have become outspoken advocates to address and change the country’s leniency gun reform. Activist Manual Oliver, whose 17-year-old son Joaquin Oliver was a victim in the shooting, has created art installations and staged demonstrations about gun violence in the U.S.

Fred Guttenberg, whose daughter Jaime was another Parkland victim, has also been an outspoken advocate for extended background check requirements. Guttenberg was even recently escorted out of President Trump’s 2020 State of the Union Address.

After the 2018 shooting, Gov. Rick Scott (R) signed a bill into law that raised the minimum age for buying rifles in Florida from 18 to 21 and imposed a three-day waiting period for all gun purchases. But Florida legislation was also passed allowing teachers who were properly trained to carry firearms — a move that critics argued would be counterproductive.

A database compiled by The Associated Press (AP), USA Today, and Northwestern University, found that there were more mass killings in 2019 than any year, dating back to the 1970s.