President Trump Has Been Acquitted

The Republican-led Senate voted to acquit the president of charges of obstruction of Congress and abuse of power. All GOP senators, except Mitt Romney, voted to acquit.

By Christina Cocca, and Versha Sharma 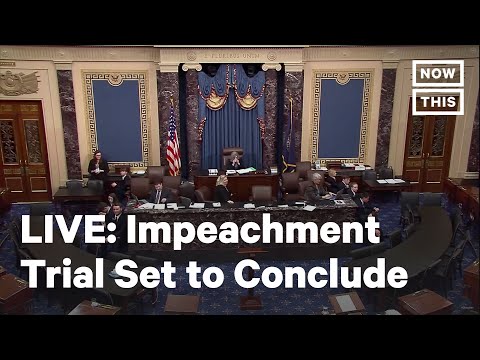 Republicans have acquitted President Trump on a near-party line vote after a witness-free Senate trial, despite the fact that Trump admitted his abuse of power on the White House lawn. He is the third U.S. president in history to face an impeachment trial.

The Senate voted 52-48 on the first article of impeachment, abuse of power. With Romney's vote to acquit on the second article of obstruction of Congress, the votes were on party lines at 53-47.

In a floor speech shortly before the vote Wednesday afternoon, Romney called Trump's behavior “so extreme and egregious that it rises to the level of a high crime and misdemeanor.”

Republican Sen. Mitt Romney announced he will vote to convict Trump of abuse of power, becoming the first U.S. senator in history to convict a president of his own party https://t.co/gXqb8Pxj90 pic.twitter.com/bNTuheTkga

Democrats are calling the acquittal illegitimate; as Speaker Nancy Pelosi summarized last week, “You cannot be acquitted if you don't have a trial, and you don't have a trial if you don't have witnesses and documentation.” Senate Minority Leader Chuck Schumer echoed that argument on the floor today, in the final speech before the actual vote: “We know this wasn’t a trial by any stretch of the definition, and the American people know it, too.”

Trump was acquitted on both articles of impeachment: abuse of power and obstruction of Congress. While Romney voted to convict on abuse of power, he did not on the second charge of obstruction. House Democrats won’t be stopping their investigations of him post-acquittal, and have said it’s likely they’ll now subpoena John Bolton since the Senate did not.

Trump’s impeachment trial also made history as the first-ever presidential trial to occur without witnesses. 75% of Americans supported the testimony of witnesses in the Senate trial, but Republican senators rejected the motion to call people like John Bolton to testify — Republican Sens. Mitt Romney and Susan Collins were the only ones to break with their party and vote yes.

Senate Democratic Leader Chuck Schumer called the trial “the greatest cover-up since Watergate” and pointed out the implications: “[Trump] will conclude he can do it again, and Congress can do nothing about it. He can try to cheat again."